This display was born out of a visual pleasure that we felt for the combination of these images. The two artists represented in this exhibition are connected by nothing other than their shared year of birth and almost identical lifespans – facts that we only discovered after deciding to exhibit their work in conjunction. We have, however, been able to link the contemporaries – from different places and influenced by different factors – through their respective depictions of women executed around the second decade of the twentieth century. Taken together, these images form a striking group representative of the wide range of inspiration artists drew on at this time.

Martin Erich Philipp (1887 Zwickau – 1978 Dresden) studied at the School of Applied Arts in Dresden in the early 1900s and was particularly influenced by the Jugendstil movement – the manifestation of Art Nouveau in Germany, which took hold of many artists at the end of the nineteenth-century. Philipp illustrated much contemporary literature, for example, following the rapid developments in graphic art and a prevalent preoccupation with design. It is certainly true to observe that the four proof impressions in this exhibition reflect his skill in generating a sense of narrative and the feeling that we, the observers, have happened upon vignettes to which there are certainly backstories, if not potential ensuing scenes.

It is also interesting to note that Philipp’s style and subject matter is reminiscent of much of Walter Sickert’s work – an artist who was similarly fascinated by both German and English graphic illustrations. Sickert’s pictures, begun in Venice and famously developed in Camden, of female nudes in simple interior settings imbued with barely concealed psychological tension, provide a direct comparison with these prints by Philipp; see, for example, Sickert’s La Maigre Adeline (Metropolitan Museum of Art, New York) and Philipp’s Die Sofaecke. Nor is Sickert’s printmaking dissimilar to that exhibited by Philipp here. Both artists explored the diversity of the etched line from light sketches, such as The Bather, to areas of dense hatching to convey varied volumes and textures, as inFemale nude looking out of a window.

In contrast to the echoes of the Camden School redolent in Philipp’s work, James Grant’s (1887 Liverpool – 1973 London) drawings shown here are the product of his involvement in the Bloomsbury School. Now largely unknown and in the shadow of his namesake, Grant was active within this group in the early decades of the twentieth century. While these drawings do not display the influences of Post-Impressionism so keenly felt by Roger Fry, Vanessa Bell and Duncan Grant, both the focus on the figure in an informal pose and setting, and the perceptible air of contemplation throughout the works, owe much to the Bloomsbury style.

Unlike Philipp’s more staged images, one senses in Grant’s drawings the freshness of studies made directly from life, particularly in the two nude figures. The drawings of the clothed model, on the other hand, have some characteristics evocative of the stern concentration that Stanley Spencer would bring to his figures. Grant is evidently rooted firmly in the modern British milieu, just as Philipp seems to have shared many of the qualities of a German-born British artist. 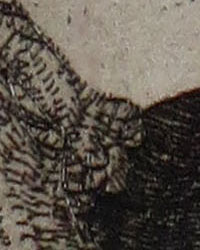 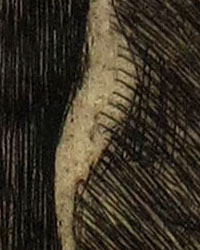 Philipp, Martin Erich
Female nude looking out of a window, seen from behind.
Etching on Japan paper. 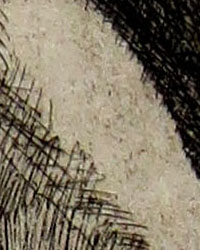 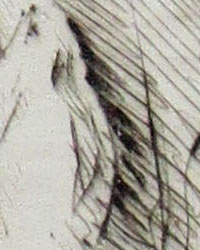 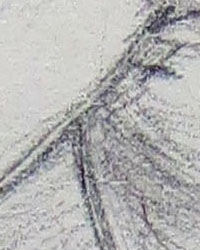 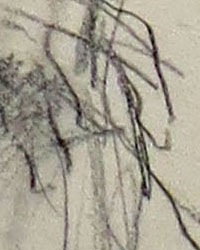 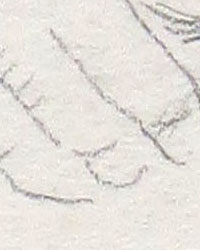 Grant, James Arden
Portrait of a woman, three-quarter-length, seated on a bed.
Pencil. 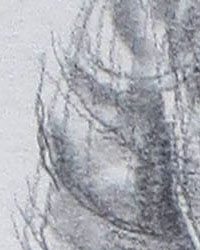