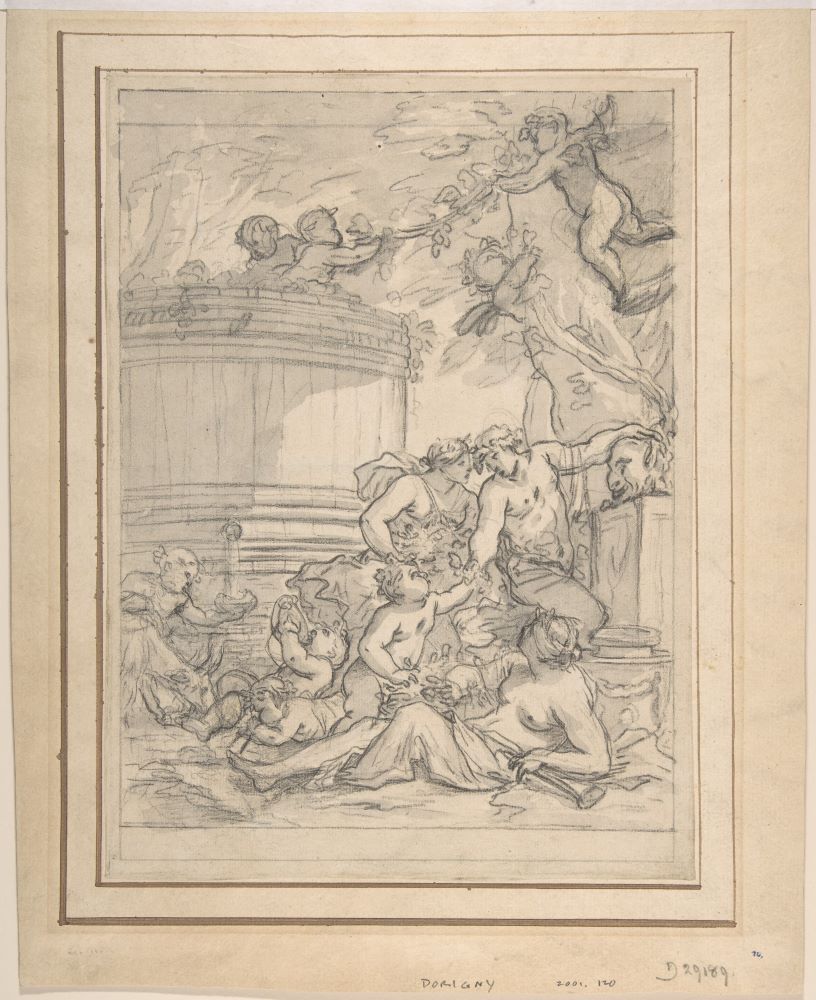 Beautiful and dark impression with large margins of the second state, before the number.

From the series of six Bacchanales.

With figures surrounding a large vat for wine, this particular image celebrates the process of making wine.

Besides his printmaking activity after Vouet’s works, Dorigny designed and engraved around twenty plates after his own design (1). A group of black chalk drawings both in public and private collections have been identified as the compositional studies for five of the six etchings of the Bacchanal series, all in reverse and indented for transfer (2). In the preparatory drawings as the one displayed here, “backgrounds are only summarily sketched in, and details of foliage, bark and clouds were presumably worked out directly on the copper plate”.

previous
page 5 of 24
back to overview
next
We use cookies to enhance your experience on this website. Find more info here.